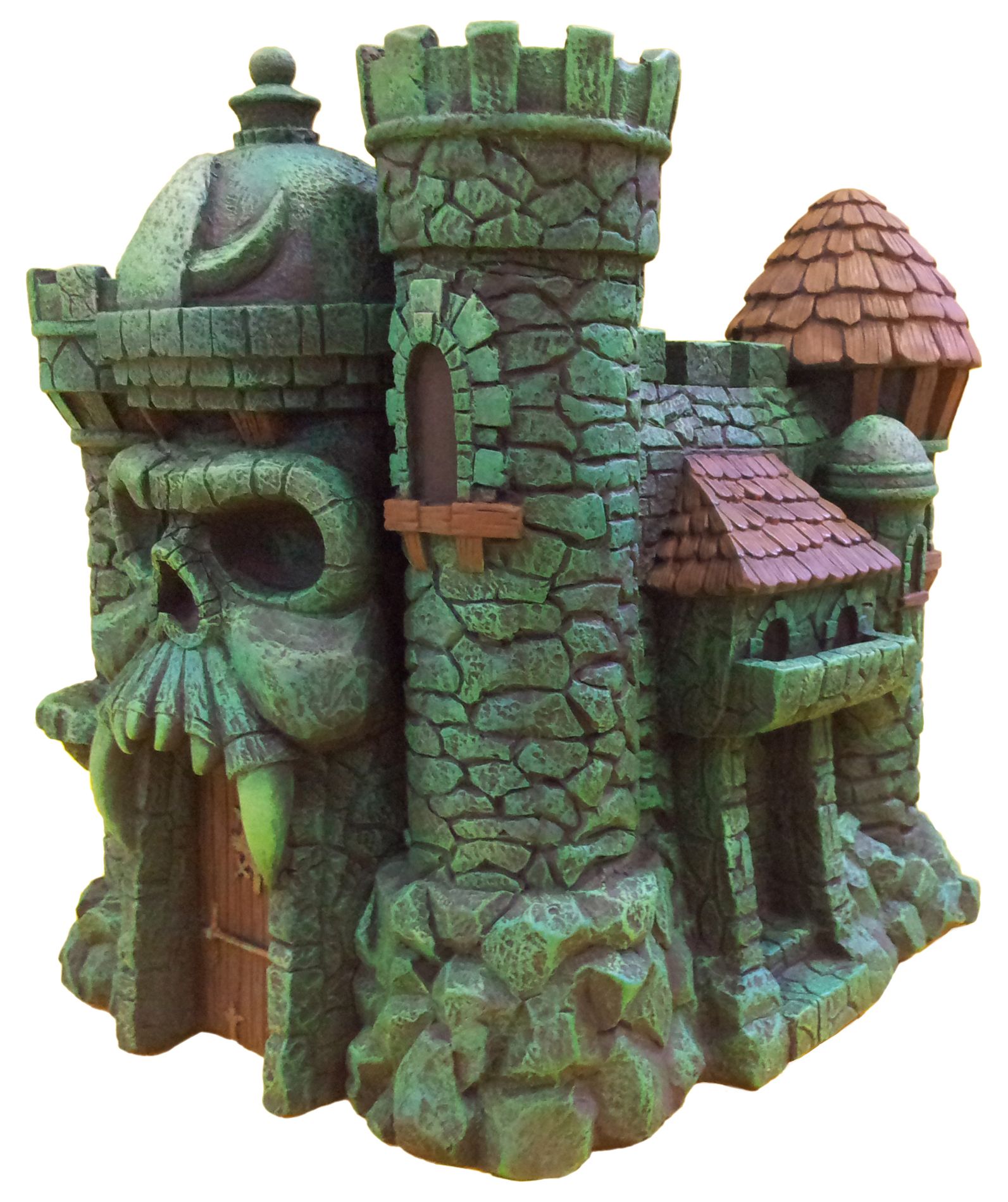 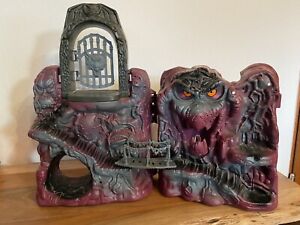 The cape is typically adorned in situations where Skeletor chose to employ powerful magical feats. Skeletor is still commonly seen without his cape in the series while at rest or in combat situations not requiring extensive use of magic.

When a later convention-exclusive figure of Keldor was made using the existing Skeletor body, a removable cloth cape was included.

As the figure came with three swappable heads including his Keldor face; his burning, acid-splashed visage; and his final Skeletor head, this figure could thus be configured into a "show-accurate" caped Skeletor.

Another note is that his eyes appear, glowing red, in his sockets whenever he becomes enraged or demonstrates his magic powers. When Hiss was going to turn him to stone he proclaims his eyes are closed but Evil-Lyn proclaims he has no eyes.

In the comics published by DC Comics , Skeletor works to prevent Adam from remembering who he really is at all costs. Skeletor is disappointed that Beast Man failed yet discovered that Adam is not without skill.

Their attempt to wipe his memory completely failed to erase his instinctive understanding of battle. Skeletor shows Beast Man mercy, but warns that his troublesome nephew must die if he doesn't stay within these boundaries.

When Skeletor sends words to his allies that Adam must be prevented from learning who he really is, the first to take action is Trap Jaw and his riders who ambush Adam in the desert.

Skeletor mused at how he had previously worked so hard to capture Adam's sword thinking that it was the source of He-Man's power. Skeletor now knows that the sword is merely a conduit to the powers of Castle Grayskull.

When Adam and Teela are on a ship at sea, Skeletor sends word to Mer-Man to dispose of "Prince" Adam. Skeletor is getting annoyed at the fact that none of his allies have successfully killed Adam.

He can't leave Castle Grayskull to do the job himself or else he won't get back in. Even with all the torture he has caused the Sorceress of the castle, he worries that she is the key to unlocking the castle's power.

Evil-Lyn reports the misplacement of her prisoners Adam and Teela to Skeletor. When she points out that the bird Zoar caused Adam to fall and discover the means of escape, Skeletor realizes that the Sorceress of Grayskull has been undermining him.

Angrily, he bursts into her cell and demands to know where in his mind she was hiding. She reveals that she hid in plain sight within a pleasant memory Grabbing her by the neck, he explains that he does not need her to get at Grayskull's power and snaps it dropping her limp body to the floor.

At Castle Grayskull, Skeletor has been informed by Beast Man that He-Man will be coming for him now that he has regained his memories, and wants to prepare Castle Grayskull for a siege.

Skeletor tells Beast Man to do so if it brings him comfort. He then engages in a conversation with a head that has been advising him throughout the series, and eventually throws it through the window in a fit of rage.

At Castle Grayskull, the preparations for the expected attack are complete. Skeletor, Beast Man. Skeletor magically removes Evil-Lyn's mouth when she continues to speak even after he has ordered her to be silent.

He-Man tells Teela that he believes Skeletor is dead, then is seen calling himself a liar under his breath. Skeletor is revealed to have survived the fall into the chasm, but his skull is now cracked and broken, with his lower jaw appearing to be absent.

Skeletor finds himself faced with the head that he threw out of the castle earlier, and it is revealed that this is some sort of minion that encourages Skeletor to not accept defeat.

The final frames reveal that an unknown enemy that wishes Skeletor dead, but is not yet prepared to see it happen, has been manipulating Skeletor throughout the entire saga.

Skeletor is planned to appear in the upcoming live-action Masters of the Universe reboot adaptation on Netflix. Skeletor is an extremely powerful sorcerer with control over a vast range of dark magical powers, such as the ability to teleport himself and others over vast distances, send telepathic commands to his minions, grow plants, hypnotize, cast illusions, reflect magic, project freezing rays, and open gateways between dimensions.

He also possesses considerable scientific skill, and is shown to have skill in creating various machines and devices in both the Filmation and New Adventures animated series.

The series also shows him as a highly skilled swordsman, wielding dual swords and taking on multiple opponents. He is usually armed with a magical weapon called the Havoc Staff , a long sceptre crowned with a ram's skull—sometimes depicted with an embedded crystal ball.

He can discharge bolts of mystic force from the head of the Staff, or use it as a focus for more powerful forms of magic such as the theft of dreams.

Skeletor has also displayed the ability to discharge energy from his own body, as is seen in the film where he casts lightning from his hands and in the original animated series where he projects energy from his fingertips.

In the series, his innate powers seem much more limited; though his abilities, when in conjunction with his Havoc Staff seem nearly unmitigated in scope and highly potent in raw power.

In the early mini-comics, Skeletor sometimes possesses one half of the Power Sword. From this weapon he could also project magical energies.

He also performed remote viewing via crystal ball. He has also shown himself to be a gifted swordsman.

As a master of the occult arts, he is also privy to much secret knowledge about the universe. All versions portray Skeletor as being extremely cunning and intelligent.

He is also very strong, although his strength is no match for He-Man's. He has few weaknesses, aside from his inability to control his anger, and on occasion his overconfidence can also be his undoing.

Despite his generally callous attitude towards his henchmen and others, Skeletor displays a certain degree of affinity towards animals.